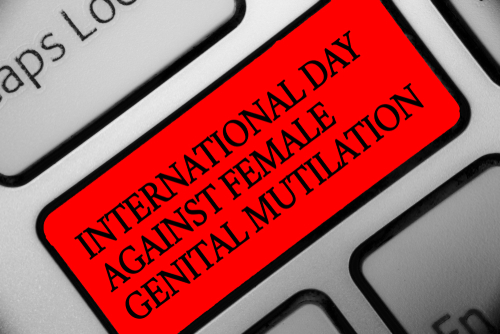 At least 16,265 women and girls living in the UK have told doctors they have FGM but officials believe the figure is the tip of the iceberg as the practice remaining widely unreported.

NHS figures show that almost 4,500 women and girls came forward for the first time in the year to March 2018, although the procedure may have been carried out years before and most cases happen abroad. 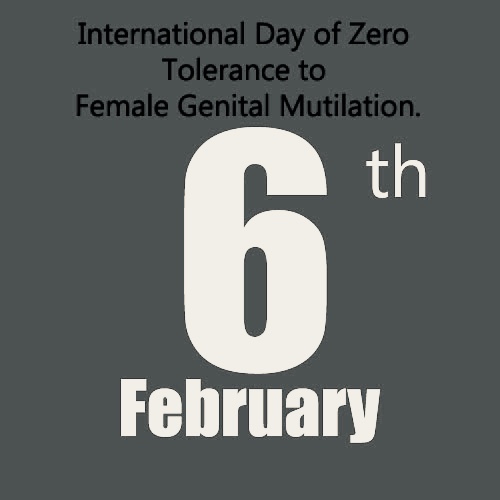 According to the World Health Organisation, the percentage of women who have undergone the procedure in some countries is as high as 96 per cent, with the highest rates including Somalia, Guinea, Egypt and Sudan.

FGM, which refers to any procedure that intentionally alters female genital organs for non-medical reasons, has been illegal in the UK since 1985 but the law was strengthened in 2003 to prevent girls travelling to undergo FGM abroad.

School holidays are a crucial time to intercept potential offenders, sparking the start of Operation Limelight in 2014 to question families flying into and out of Britain.

Article by Lizzie Dearden Home Affairs Correspondent at The Independent

So What Exactly Is FGM?

Female genital mutilation (FGM) is a procedure where the female genitals are deliberately cut, injured or changed, but where there’s no medical reason for this to be done.

It’s also known as “female circumcision” or “cutting”, and by other terms such as sunna, gudniin, halalays, tahur, megrez and khitan, among others.

FGM is usually carried out on young girls between infancy and the age of 15, most commonly before puberty starts.

It is illegal in the UK and is child abuse.

It’s very painful and can seriously harm the health of women and girls. It can also cause long-term problems with sex, childbirth and mental health.

Help and support is available if you’ve had FGM or you’re worried that someone may be at risk.

There are four main types of FGM

FGM is often performed by traditional circumcisers or cutters who do not have any medical training. However, in some countries it may be done by a medical professional.

FGM often happens against a girl’s will without her consent and girls may have to be forcibly restrained. There are no health benefits to FGM and it can cause serious harm, including:

FGM can make it difficult and painful to have sex. It can also result in reduced sexual desire and a lack of pleasurable sensation.

Talk to your GP or another healthcare professional if you have sexual problems that you feel may be due to FGM, as they can refer you to a special therapist who can help.

In some cases, a surgical procedure called a deinfibulation (see below) may be recommended, which can alleviate and improve some symptoms.

Some women with FGM may find it difficult to become pregnant, and those who do conceive can have problems in childbirth.

If you’re expecting a baby, your midwife should ask you at your antenatal appointment if you’ve had FGM. It’s important to tell your midwife if you think this has happened to you, so they can arrange appropriate care for you and you baby.

FGM can be an extremely traumatic experience that can cause emotional difficulties throughout life, including;

In some cases, women may not remember having the FGM at all, especially if it was performed when they were an infant.

Talk to your GP or another healthcare professional if you’re experiencing emotional or mental health problems that may be a result of FGM. Help and support is available.

Surgery can be performed to open up the vagina, if necessary. This is called deinfibulation.

It’s sometimes known as a “reversal” although this name is misleading, as the procedure doesn’t replace any removed tissue, and will not undo the damage caused. However, it can help many problems caused by FGM.

Surgery may be recommended for:

It’s usually performed under local anaesthetic in a clinic and you won’t normally need to stay overnight. A small number of women need either a general anaesthetic or spinal anaesthetic (injection in the back), which may involve a short stay in hospital.

Help is available if you’ve had FGM or you’re worried that you or someone you know is at risk.

If someone is in immediate danger, contact the police immediately by dialling 999.

If you’re concerned that someone may be at risk, contact the NSPCC helpline on 0800 028 3550 or fgmhelp@nspcc.org.uk.

If you’re under pressure to have FGM performed on your daughter, ask your GP, health visitor or other healthcare professional for help, or contact the NSPCC helpline.

If you’ve had FGM, you can get help from a specialist NHS gynaecologist or FGM service – ask your GP, midwife or any other healthcare professional about services in your area.

If you’re a health professional caring for a patient under 18 who has undergone FGM, you have professional responsibilities to safeguard and protect her. Guidance and resources about FGM for healthcare staff are available on the GOV.UK website.

What do you think? Cancel reply